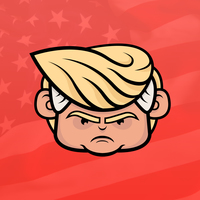 Bush was a disaster for the country as well as for the Republican Party. Then he asked me about Barack Obama. I told him that Barack will need to be a great president because we're in serious trouble as a country. It hasn't been this way since 1929. So he doesn't have much choice—he will simply have to be great, which he has a very good chance of being. What he has done is amazing. The fact that he accomplished what he has—in one year and against great odds—is truly phenomenal.